Human Immunoglobulins
Human Immunoglobulins are purified from human plasma/serum with the buffers used being phosphate or tris buffered saline coming with slightly differing salt concentrations. It is available in liquid form. Coming from a diverse class of human antibodies that are made mainly by Immunoglobulin G (comprising is 80% of immunoglobulins in human plasma), here, IgA, IgG, and IgM come characterized for protein content through absorbance at 280nm using appropriate extinction coefficient where purified IgE comes tested using Lowry protein assay. The serum forms of IgE (unpurified) are also tested by EIA. With Immunoglobulins A, D, E and M making up approximately 20% of remaining human immunoglobulins, here each class of antibody gets designation from heavy as well as light peptide chains making up antibody structure. 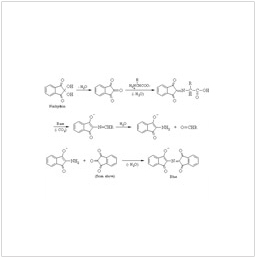 Human Albumin
Human Albumin offered by us replaces lack of albumin in body and finds use in surgery/ medical emergency and for treating many conditions that include blood loss, shock, severe burns, acute respiratory distress syndrome (ARDS) and liver failure. Here, albumin works like protein normally made by the body and replaces lack of its presence in the body.

Hemophilia Factors
Hemophilia Factors assist in treating hereditary genetic disorders that impair body's ability for controlling blood clotting/coagulation. These factors used for stop bleeding when blood vessel is broken/punctured. In the disorders, Haemophilia A is most common form of disorder that is present in around 1 in 5,000–10,000 male births with Haemophilia B occurring in around 1 in about 20,000–34,000 male births which can be controlled with regular infusion of deficient clotting factor like factor VIII in haemophilia A or factor IX in haemophilia B. Further, factor replacement can either be isolated from human blood serum, recombinant, or combination of two where some haemophiliacs develop antibodies (inhibitors) against replacement factors as given to them, hence resulting in amount of factor to be increased through giving non-human replacement products like porcine factor VIII.

Anti Gas Gangrene Serum
Anti Gas Gangrene Serum is used for the treatment of infection that is caused by bacteria present in soil and finds its way into wounds that are not cleaned properly. The tissues started emitted foul smelling gas with the with the decay of flesh. The ampoule of serum contains antibodies from animal infected with disease and when it is injected into patient it assists in preventing/curing the infection. This antibiotic treatment also at times supported by surgical procedures assists in removing dead and infected tissues and in preventing further spread of bacteria.

Hepatitis B Immunoglobulin
Hepatitis B Immunoglobulin comprises human immune globulin which prevents the development of hepatitis B. HBIG is prepared from plasma of donors having high antibody levels of hepatitis B surface antigen and is extracted from Cohn Fraction II. During process, viruses become deactivated and in final step, solvents that are used in preparation are also removed. Further, the preparation is also tested for absence of herpes virus, HIV, HCV and reovirus. HBIG is indicated as postexposure prophylaxis in people who are at risk in developing hepatitis B as they have been recently exposed to body fluids of individuals having hepatitis B including sexual partners, healthcare workers, babies of mothers with hepatitis B and others. The medication provides temporarily-induced immunity by transfer of immunoglobulins.

Anti Rabies Immunoglobulin
Anti Rabies Immunoglobulin is need to be given for all category III exposures, irrespective of interval between exposure and beginning of the treatment. There are two varieties of rabies antibody preparation that can be used including human rabies immunoglobulin (HRIG) as well as equine rabies immunoglobulin (ERIG). Here, a skin test also needs to be performed prior to administration of ERIG with recommended dose of around 20 IU/kg of body weight of HRIG or 40 IU/kg of body weight of ERIG need to be infiltrated around wounds if anatomically feasible.